Gambas Rojas Sujime with Queso Viejo. What could possibly go wrong? Here’s another recipe for your inner chef to actualize itself from within! Make sure you grab your gambas from a reputable supplier like Gambas Palamos. If its all to much, of coarse get in touch and we’ll whip it up for you

Juice the lime and microplane the ginger. Toss together and strain through a chinois. Mix the brined gambas with the seasoned lime juice and shallots and set aside in the fridge for 30 minutes. Lay a layer of plastic wrap on a flat surface and layer half of the shrimp on top. Cover with another layer of plastic wrap and with a heavy bottomed pan, flatten with an outward motion the shrimp to achieve a flat disk. Transfer from the plastic wrap onto a plate. Top with seasoned olive oil and Maldon salt. Whip cream with lime zest and minced dill, salt and pepper. With a microplane, shave enough queso viejo to cover the gambas carpaccio and scatter minced chives over the gambas. Top with a quenelle of dill creme fraiche. 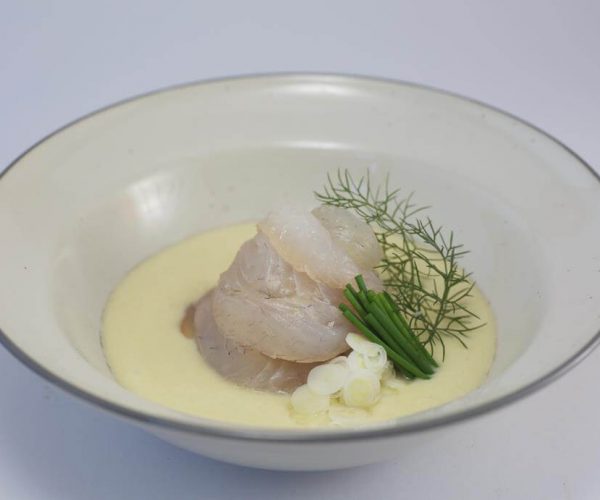 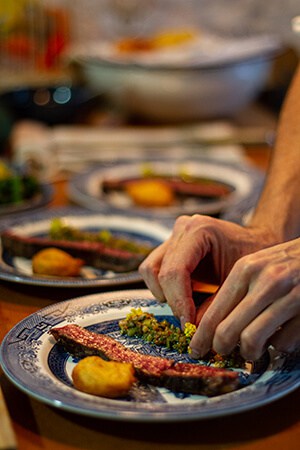